Instead of Christmas gifts this year, we had the gift of an experience - one 24 hour trip alone with a parent. Mom and I went to Tulsa to explore and see the sights - among them Philbrook Museum and the Gathering Place. One of my favorite destinations was the Indonesian Bistro, also known as Rendang, which an Indonesian friend had recommended to us. The timing for our trip was amazing- the restaurant had opened just the day before. I had never tried Indonesian cuisine before, but this was a marvelous introduction to the culture’s food.

The restaurant was unassuming from the outside, but inside the smell combined with colorful tapestries and flowers on the wall, along with a beautiful map of Indonesia set the scene. We were able to learn about the history of the dish Rendang through a very interesting plaque on the wall, which I enjoyed.

The waitress that greeted us was very friendly, and talked to us about the foods as we ordered. We tried Rendang, the dish that became the namesake of the restaurant, along with Bakmi Ayam Bakso (an egg noodle and chicken dish with meatballs on the side) and Bakwan Sayur (a kind of vegetable fritter).

The owner of the restaurant talked to us as we began on our food, and he was extremely friendly, giving us more information about his restaurant with a warm smile.

The first thing that I tried was the Bakwan Sayur. It was a light fritter with vegetables inside and a creamy taste. It was a good palate cleanser for the bolder flavors of the other dishes.

The Bakmi Ayam Bakso was full of subtle flavors that built on each other- nuttyness and sesame, along with a hint of sweetness and spice. The noodles were full of these flavors, despite the absence of a sauce, so even a bite without chicken in it was packed with umami sensations.

Along with the Bakmi Ayam Bakso was served a dish of meatballs in a clear broth. I was interested to try them, because a clear broth typically doesn’t indicate flavor, but I could tell this one was different by the smell. The meatballs themselves were good, but a bit too salty and chewy to be exceptional. But the broth… the broth, despite its coloring, was meaty and rich, complemented by the lighter flavors of green onions.

And now for my favorite part… the Rendang. It was a beautiful dish, the star of which was pieces of beef coated in a flavorful paste. Chilis made it slightly spicy, but not overpoweringly so, and the other flavors of other seasonings, nutty flavors, and umami came through. It was served alongside perfectly cooked rice to balance its strong flavor, and tomatoes and lettuce added splashes of color to the plate. I could easily see why Rendang is Indonesia’s national dish, and why it was was voted the World’s Best Food by CNN in 2017.

Although Indonesian food is a new style for me, it is something I will definitely be coming back to. I am so glad that I tried it! 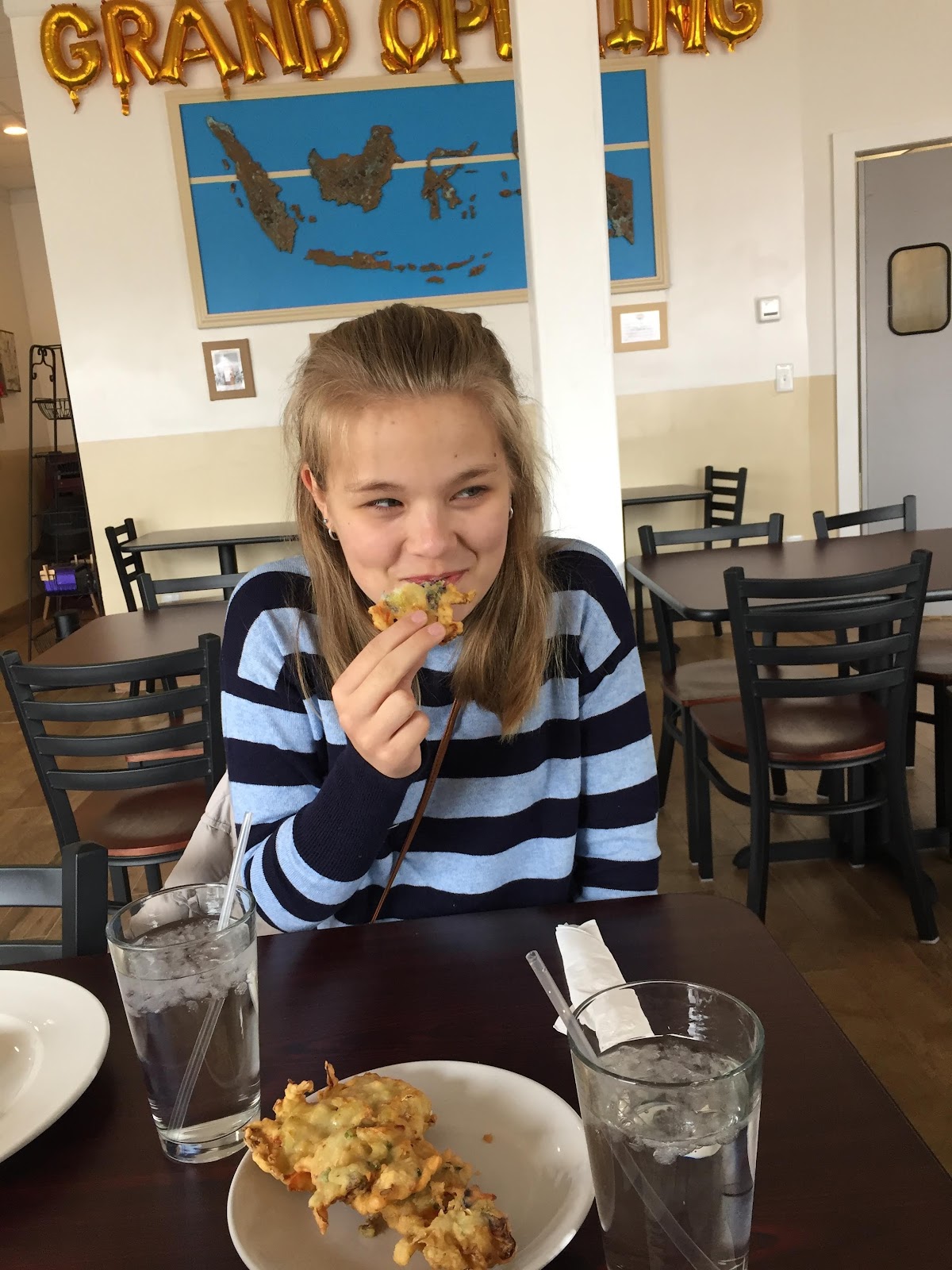 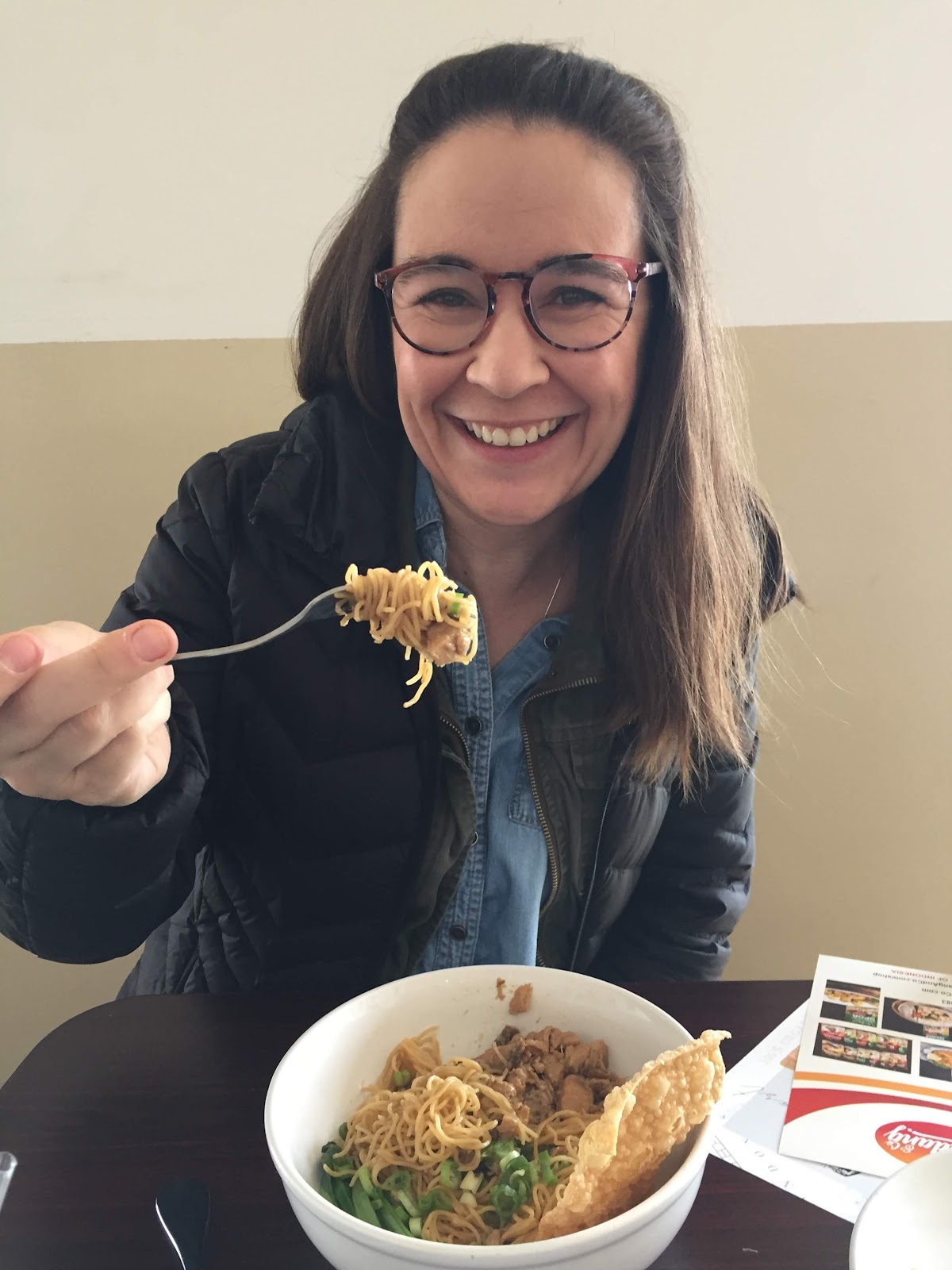 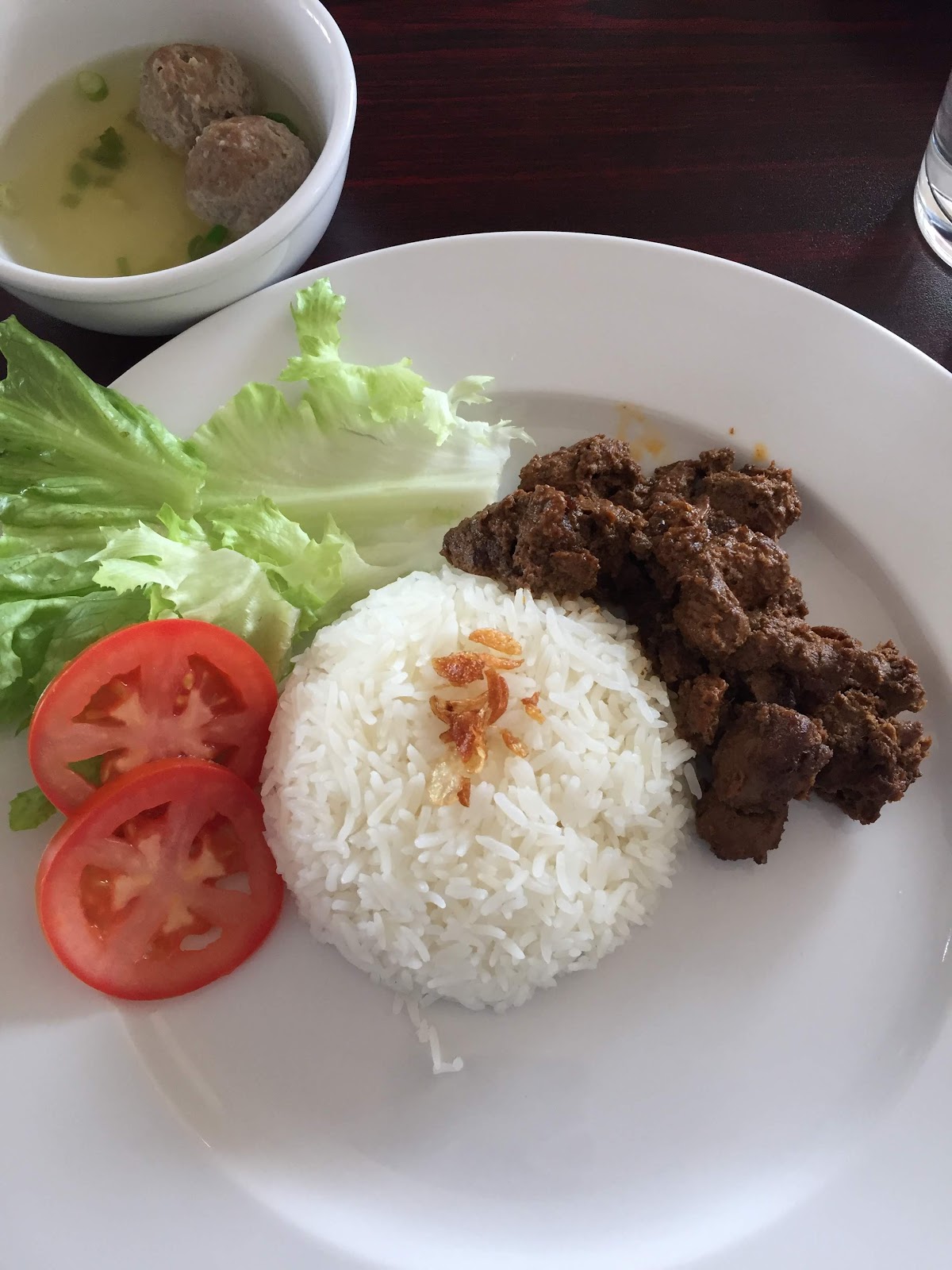 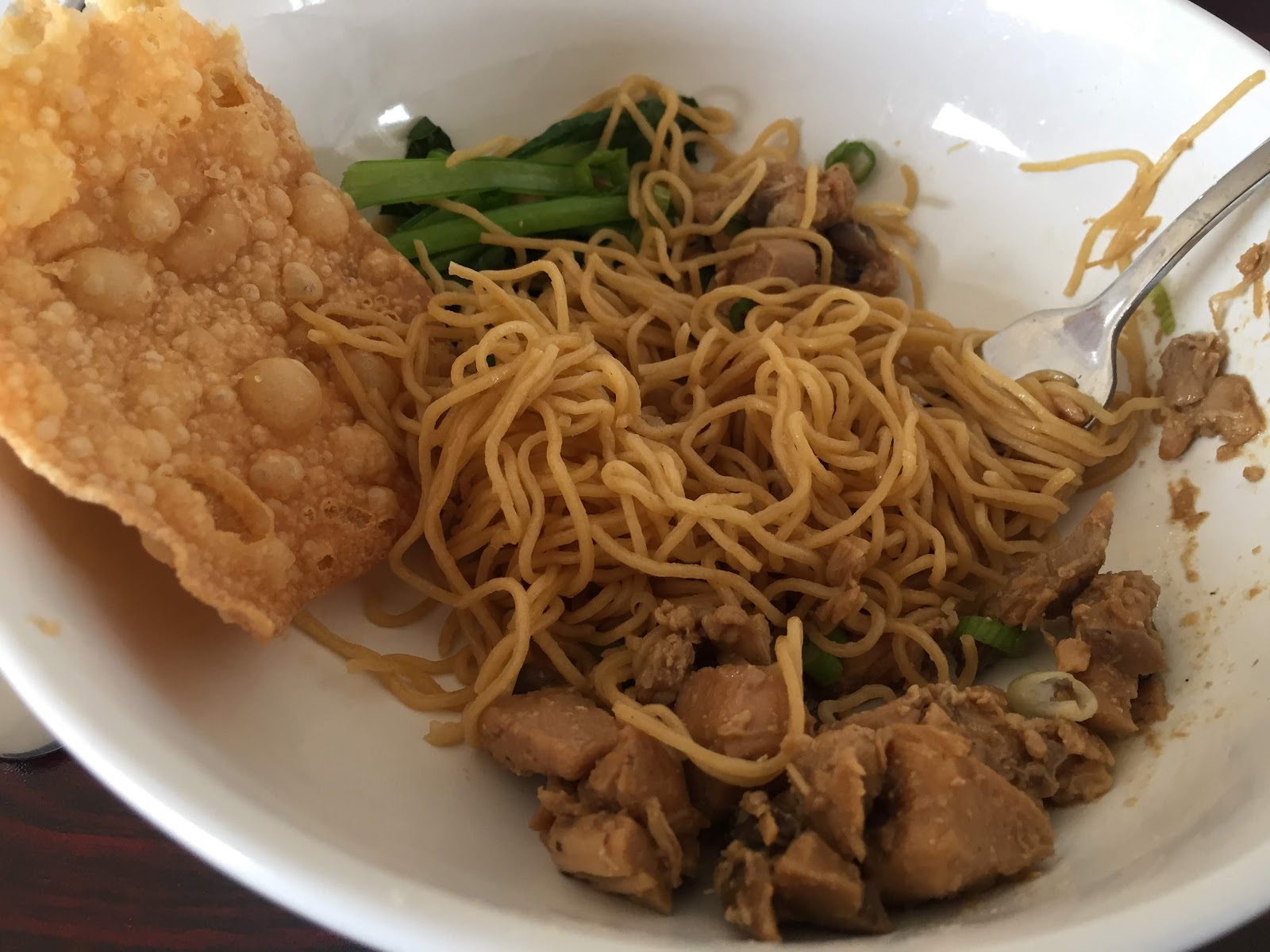 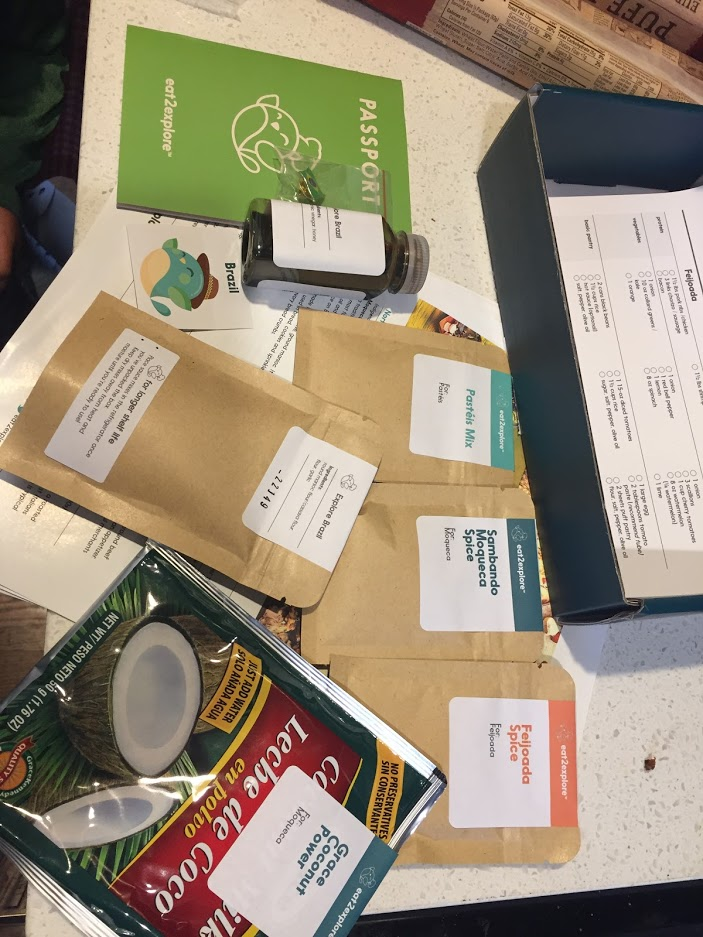